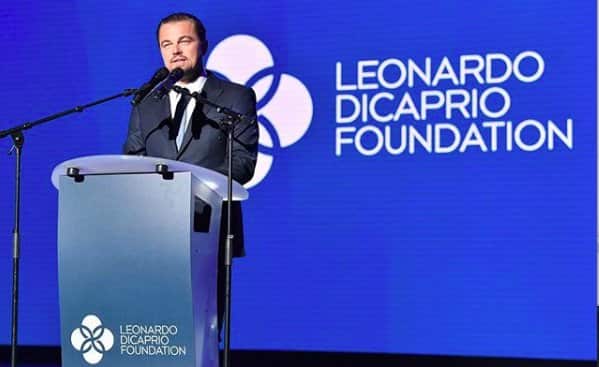 There is no Planet B

is celebrating 20 YEARS OF STANDING UP FOR NATURE

(Excerpt from their website)
In 1998, Leonardo DiCaprio established his foundation with the mission of protecting the world’s last wild places. LDF implements solutions that help restore balance to threatened ecosystems, ensuring the long-term health and well-being of all Earth’s inhabitants. Since that time the Leonardo DiCaprio Foundation (LDF) has worked on some of the most pressing environmental issues of our day.

Leonardo’s website and social media platforms are also dedicated to inspiring the public to take action on key environmental issues. Growing in reach from just 500,000 followers in 2007 to over 50 million today, Leonardo’s fans have engaged on an array of issues protecting key species — sharks in California, tigers in Asia, elephants in Africa — and calling on world leaders to address the global climate crisis.

In acknowledgement of LDF’s impactful work over the last two decades, Leonardo was designated as the United Nations Messenger of Peace for Climate Change and received the 2014 Clinton Global Citizen Award. In addition to founding LDF, Leonardo also serves on the board of several environmental organizations, World Wildlife Fund, Natural Resources Defense Council, National Geographic’s Pristine Seas, Oceans 5, and the International Fund for Animal Welfare.

We are now experiencing what can only be called a planetary crisis — a convergence of accelerating climate change, unprecedented loss of biodiversity, and increasing human health issues caused by a toxic environment. Since 1970, we have lost one-third of the world’s wildlands, and in that time 50% of all vertebrate land animals have vanished. One-third of the world’s coral reefs, the “nurseries” of the ocean, have died and another third are expected to perish by 2030. Climate change is only adding fuel to the fire, with rapidly increasing global temperatures wreaking havoc on the delicate balance that has allowed life to flourish since the end of the last ice age. The situation in which we find ourselves is not just tragic for the thousands of species that will never again roam the Earth, but could threaten the very existence of our own species, homo sapiens.

Nature freely provides us with an estimated $100 trillion in ecosystem services per year, making life on Earth possible. Natural systems like forests, wetlands, and marine ecosystems give us clean water, fresh air, and abundant food, while ensuring a balanced climate system. Despite this importance of a thriving biosphere, only 15% of our lands and just 3% of our oceans are formally protected, and only a fraction of global philanthropic dollars support environmental efforts. Recent estimates indicate that we need 10 times the level of environmental funding to fund projects that help stabilize ecosystems, giving ourselves the best chance of survival as the world gets hotter and climate impacts become more severe.

The diverse range of projects supported by LDF – from efforts to create and expand protected areas on land and in our oceans, to supporting grassroots and indigenous organizations working to secure important environmental protections and implement sustainable solutions at the local level – is a direct reflection of the array of efforts that are needed to turn the tide. LDF believes that we can create a world where both nature and humanity coexist in harmony. Not only do we believe this can be done, we know it must be done in order to ensure the long-term survival of vital species and ecosystems.

The Foundation has gradually built a significant grantmaking operation, awarding over $80 million in grants since 2010, funding 200+ high-impact projects in 50 countries across Asia, the Americas, Africa, the Arctic, Antarctica, and all five oceans. Through active collaboration with a broad network of environmental leaders and experts, effective organizations, and committed philanthropists, the foundation is able to find and support the best, results-driven projects in the world’s most wild and threatened ecosystems. Our work is divided into six main program areas – Wildlands Conservation, Oceans Conservation, Climate Change, Indigenous Rights, Transforming California, and Innovative Solutions.

Leonardo DiCaprio during his acceptance speech at The Oscars 2018:

“Making ‘The Revenant’ was about man’s relationship to the natural world, the world that we collectively felt in 2015 as the hottest year in reported history — our production needed to move to the southern tip of this planet just to be able to find snow.

Climate change is real. It is happening right now. It’s the most urgent threat facing our entire species and we need to work collectively together and stop procrastinating.

We need to support leaders around the world who do not speak for the big polluters, but who speak for all of humanity, for the indigenous people of the world, for the billions and billions of underprivileged people out there who would be most affected by this. For our children’s children, and for those people out there whose voices have been drowned out by the politics of greed. I thank you all for this amazing award tonight. Let us not take this planet for granted. I do not take tonight for granted.”

“The Earth is the only world known so far to harbor life. There is nowhere else, at least in the near future, to which our species could migrate. Visit? Yes. Settle? Not yet. Like it or not, for the moment, the Earth is where we make our stand. It has been said that astronomy is a humbling and character-building experience. … To me, it underscores our responsibility to deal more kindly with one another and to preserve, and cherish, the pale blue dot; the only home we’ve ever known.” ♻️ #EarthDayLive
― Carl Sagan, Pale Blue Dot: A Vision of the Human Future in Space 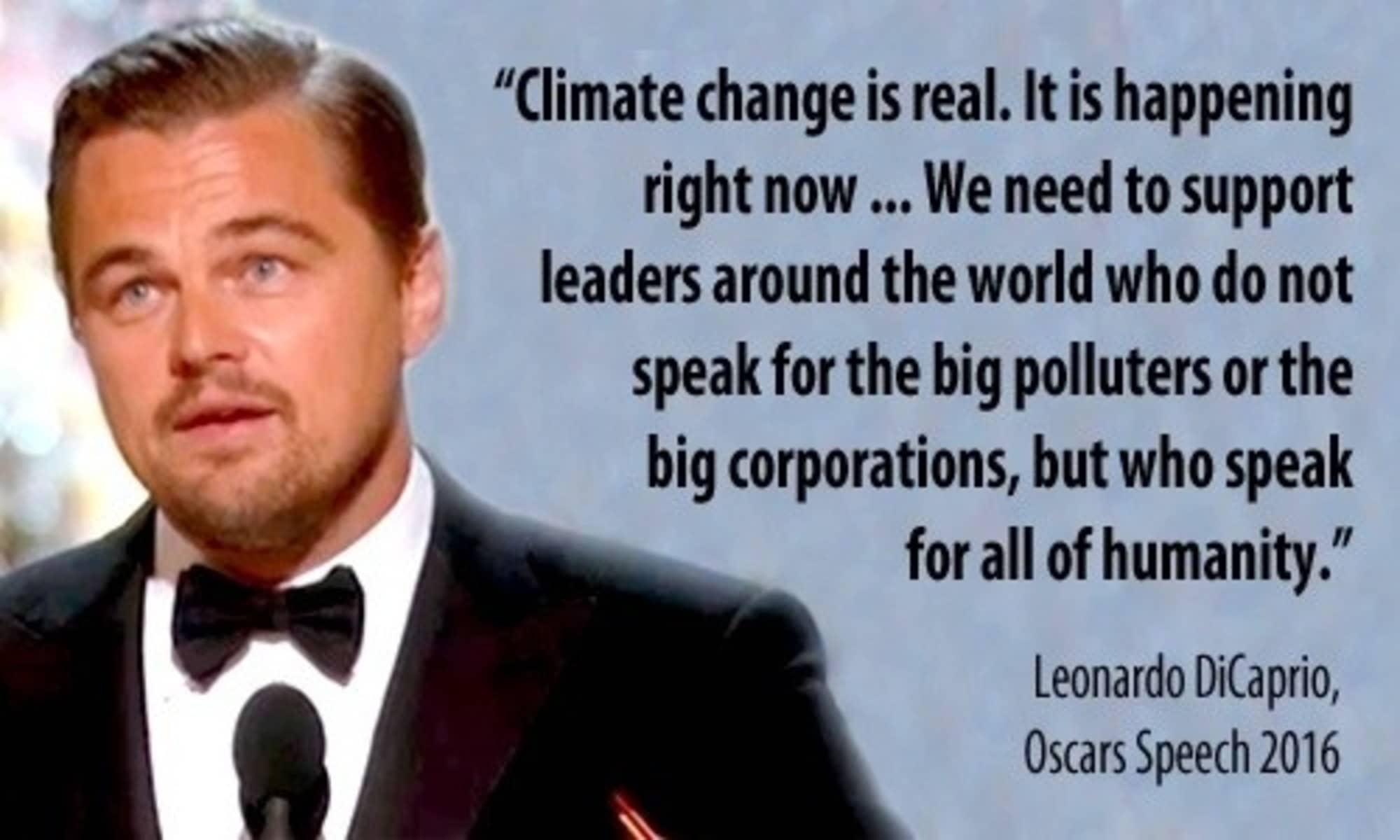 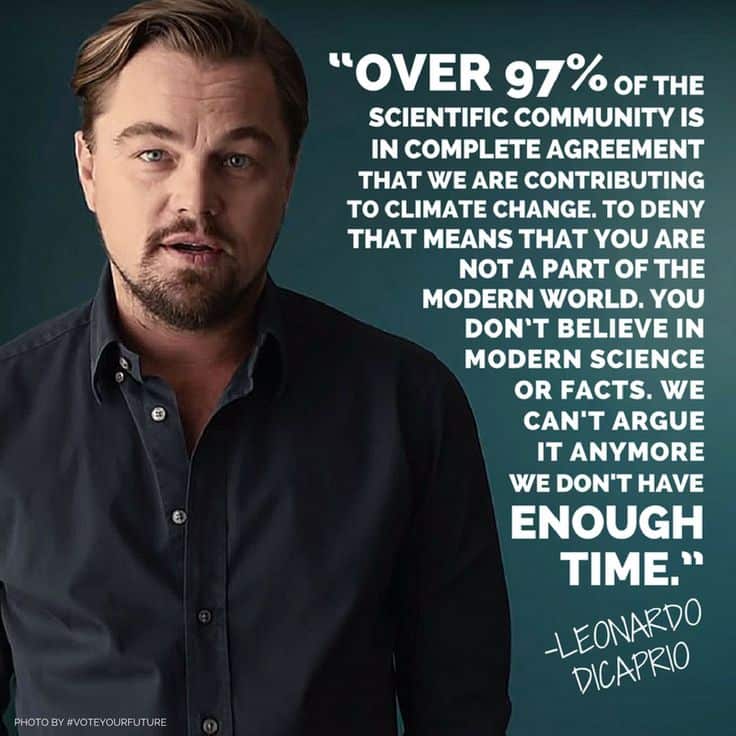 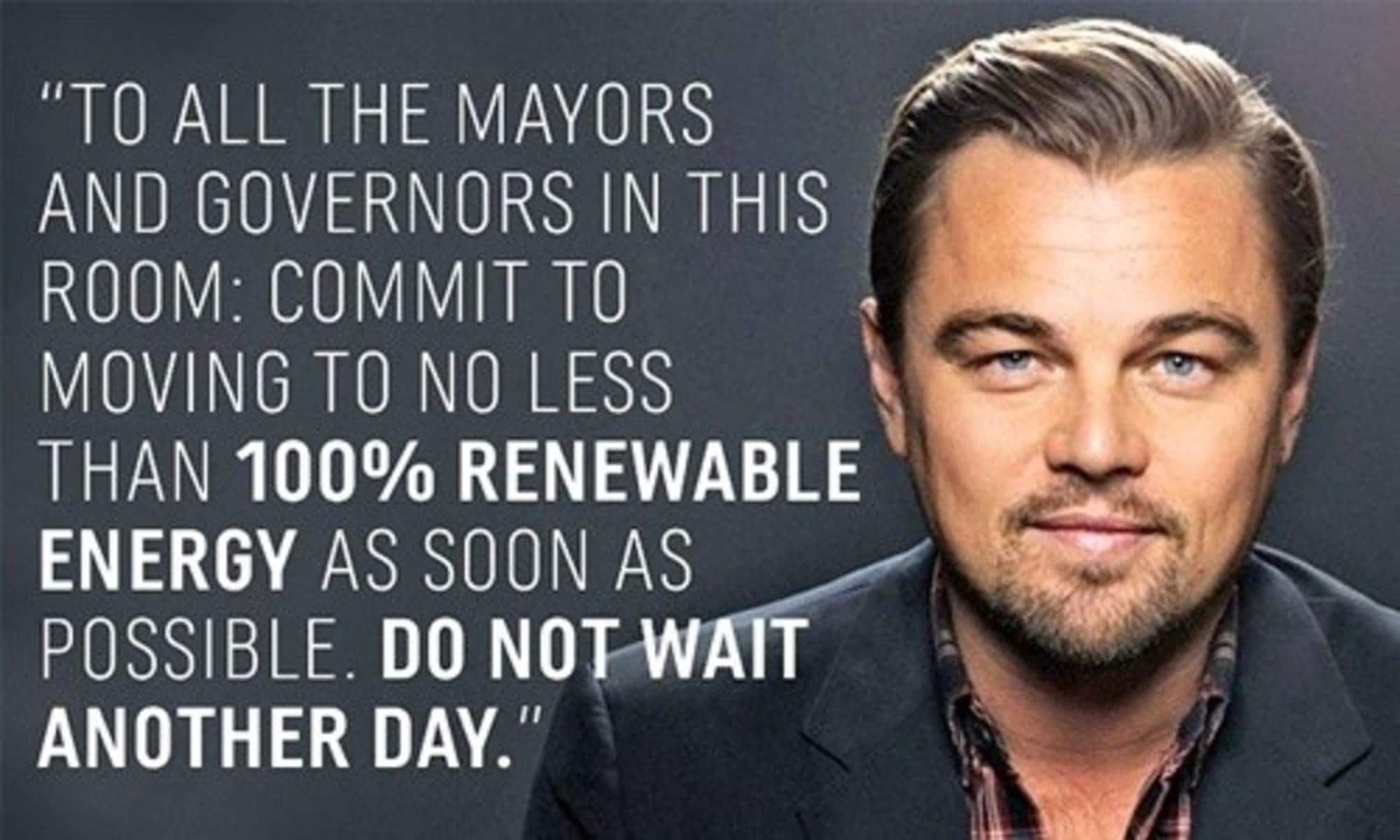 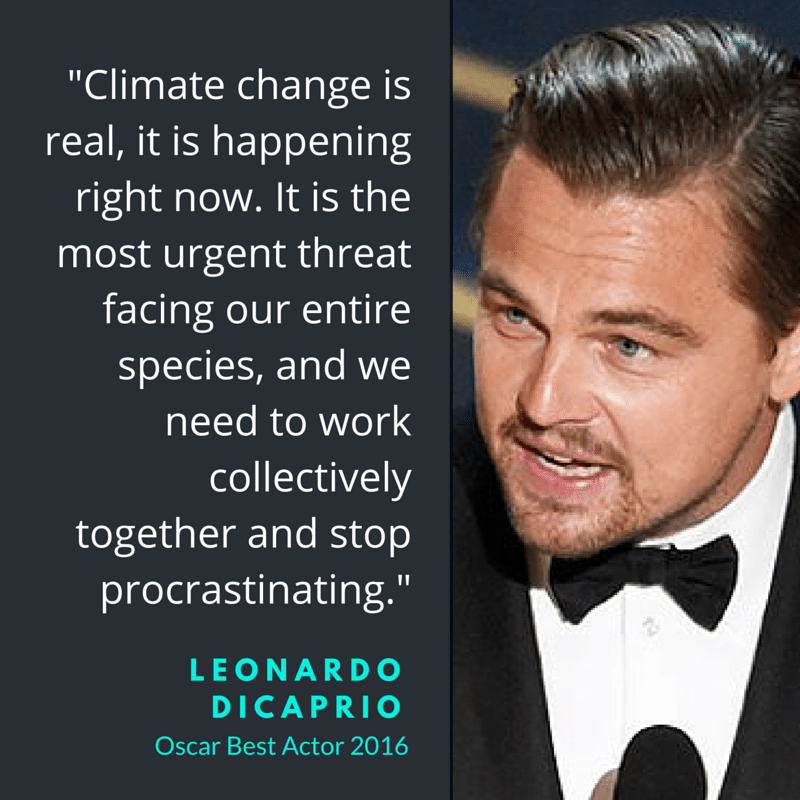