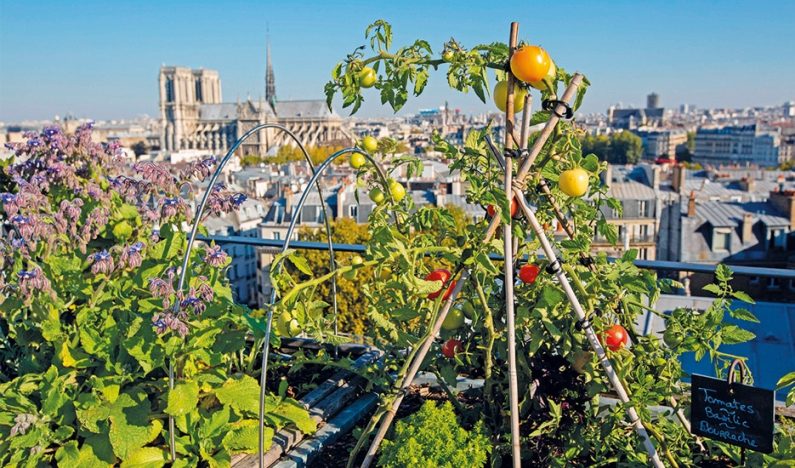 Paris is famous across the world for its food, art and romance. But let it be known that Paris is also a leader when it comes to dedicating public and private land to urban farming.

The city launched its Parisculteurs initiative in 2016 with the ambitious goal of covering the city’s rooftops and walls with 100 hectares (247 acres) of vegetation by 2020. According to the city’s plan, one third of all this new green space will be dedicated to urban farming.

After 2 successful editions of Parisculteurs, where farmers, contractors, designers, architects and more came together to fulfill the goal of greening the city, season 3 of Parsiculteurs was officially launched this January.

This year, the city of Paris introduced 32 new sites suitable for urban agriculture projects. Last week, as part of this season’s call for proposals, deputy mayor of Paris Penelope Komites, in charge of the city’s parks and green spaces, hosted a workshop to present the new call for proposals and to prolong the conversations of Season 1 and 2, as well as to examine the projects that had come to fruition in the last few years. 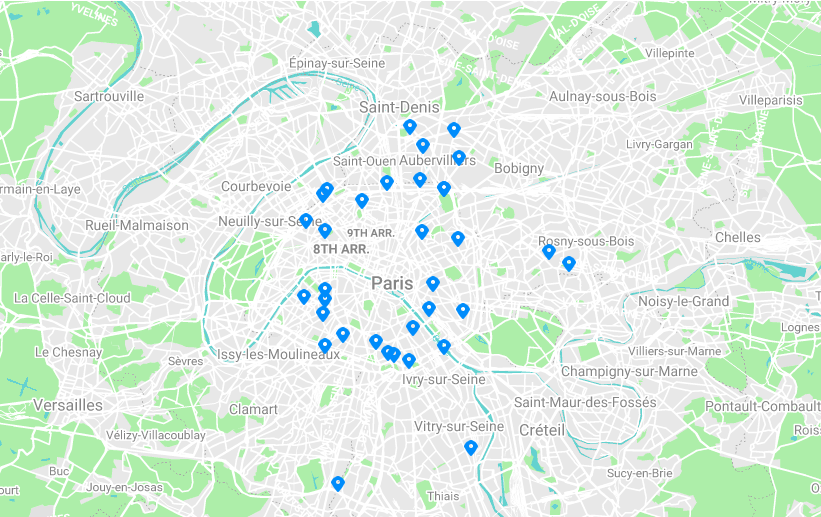 Locations of the 32 Parisculteurs sites introduced in 2019.

In her opening remarks at the Parisculteurs workshop this year, Komites stressed the importance of urban agriculture as a powerful vehicle for urban resilience, social ties, and job creation. The Parisculteurs program is meant to reinvent our relationship to food, to nature, and to the city by reintroducing the concept of farming, which has historically been excluded from urban contexts. More specifically, the program is meant to reinforce the professionalization and skills-building of urban agriculture professionals who wish to contribute to making Paris a model city for urban sustainability.

The workshop gave prospective farmers the opportunity to turn to urban agriculture professionals for technical advice, and for these professionals to share their experiences building and running urban farms in and around the city. The first half of the workshop was dedicated to a panel of public and private professionals, where technical issues such as operations, regulation, economic modeling, landscaping, and sanitation were explored. The second part of the workshop was dedicated to an activity where groups of 6-8 attendees were assigned a site and in charge of coming up with an urban ag proposal for that site’s specific context.

Transitioning urban ag out of the experimental stage

A major takeaway from the workshop is the need to transition urban agriculture out of the experimental stage and into a more established stage with models that are profitable, modular and replicable to other cities. Paris has made strides with sanitary, architectural, and landscaping issues, but legislation is now the next step in facilitating the rapid and massive deployment of urban agriculture in the city. As of now, prospective farmers must receive permits to operate (autorisation d’exploiter), declare their business to the Agriculture and Food Chamber, secure social protection (Mutualité Sociale Agricole), and thoroughly go through sanitary codes to put out healthy and risk-free produce into the market and to protect consumers and producers alike.

About the author: Emilie Baliozian is Sustainability Analyst at Agritecture Consulting and the founder of Climate Communicators, a platform offering communication tools and consulting services to those leading the fight against climate change.